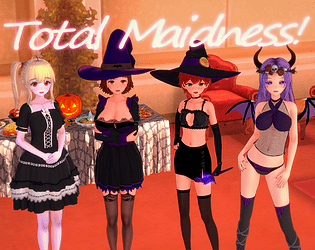 | Need help, want the occasional sneak peek or roadmap update or just hang out with us?Join the THE STORY:

The protagonists' parents were rich even before he was born, but his mother died when he was young, and he never really got along with his father. So poorly in fact, that they haven't talked to each other in ages and the protagonist has been living in his own flat for years, fully expecting to be disinherited.

Since finishing school two years ago, he's been idling away at a boring, poorly-paid office job and at home playing video games, not expecting much from life...

...until one day, his father suddenly passes away and he actually inherits his father's considerable riches and properties, including his mansion - and the maids maintaining it...

Can you get them all to like you and recognize you as their master, make them happy and create your own, personal maid harem, unlocking their hearts and all the lewd, uncensored images and animations?

If you'd like to support me, please consider subscribing to me on , where you can get earlier access to updates, participate in polls and get other goodies!

You can also get Early Access updates here on Itch, just keep in mind the amount you need to pledge here is per update (vs. monthly on Patreon/SubscribeStar) and a bit higher.

And perhaps check out the Total Maidness! stand-alone spin-off:

Or get it as bonus here by donating 1$ more!
Or... get both for even less by becoming a patron :)

Note on the Mac versions: There are known difficulties to get Renpy games to run on newer OSX versions out of the box.

One suggested work-around that worked for some is to copy the .app into the Applications folder, right-click -> Open it once and then it might work.

Another suggested solution is to run "chmod +x (filepath)" in the terminal on the files located in .app > Contents > MacOS.

If you're on MacOS, please try the free version (and the above work-arounds) before deciding to get the early access version or KKKA.

This game by OnionCuttingNinja is published for you by our large game collection and is available in a one click. The total size of the game is 0 MB. Consider supporting the developer of "Total Maidness! (18+)" - OnionCuttingNinja on patreon. Try to play other 3d and adult free games to find your favourite. Check out the screenshots of the game before downloading it to meet the style and the gameplay. Leave a comment to allow others to discover it. Find more adult games using our rich search. 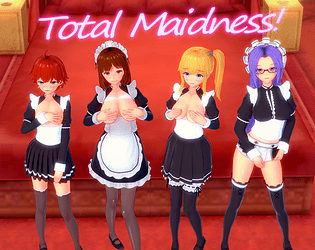 | Need help, want the occasional sneak peek or roadmap update or just hang out with us?Join the THE STORY:The protagonists' par...

*Main Story* Step into the shoes of Jack, a 19-year-old who works during the summer before returning to his college routine. One d... 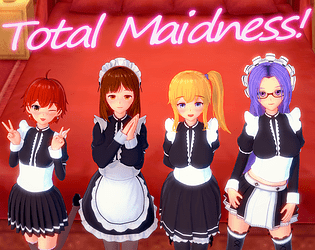 | THE STORY:The protagonists' parents were rich even before he was born, but his mother died when he was young, and he never r... 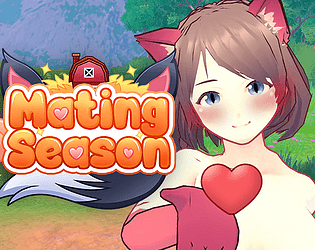 This page will only be updated with official public releases once in several months.FOLLOW THIS ACCOUNT TO BE NOTIFIED WHEN I UPDA... 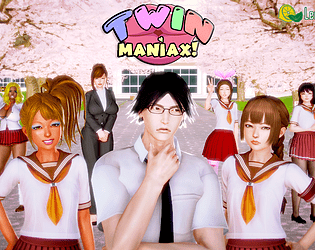 "Our young protagonist has it all: looks, intelligence, big plans for his future, and the drive to make them a reality. And more t... 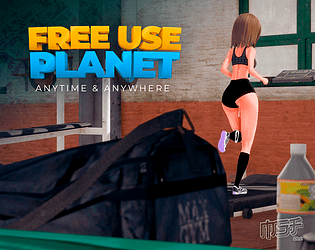 Free Use Planet is a My Second Family  DLC,  it's a harem adult visual novel game with elements of a visual novel and dating sim....
XPLAY.me - simple search engine like google, yahoo or bing. We just specialize in adult games. We don't store any files, images, or archives. But as Google, we of course follow strict rules in terms of sharing proprietary content. If you want to send and abuse - feel free to write to [email protected]
© xplay.me