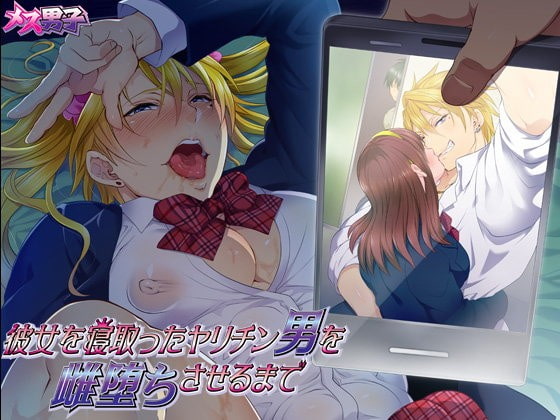 Kota Takanashi(Takanashi Kota:The main character [name can be changed]), a student who studies and exercises are below average and does not have a clear face, has a girlfriend for the first time in her life.One day she witnessed the place where she is cheating with handsome DQN, and finally it is dumped.
A friend of the net says to Kota, who had spent days like hell, that he would avenge his ex-girlfriend and a handsome guy.
It's been a few days since............. " I sent you a video, so take a look at it」
The video sent from a friend was that the handsome guy who took her to bed was forced to have sex with a homo group.
"Don't be kidding...... I don't feel it! Who, to a man opponent...... ah!』
The scene that is trampled by being screwed down by a man by force while being strong, there was a sense of elation more than the chest was……