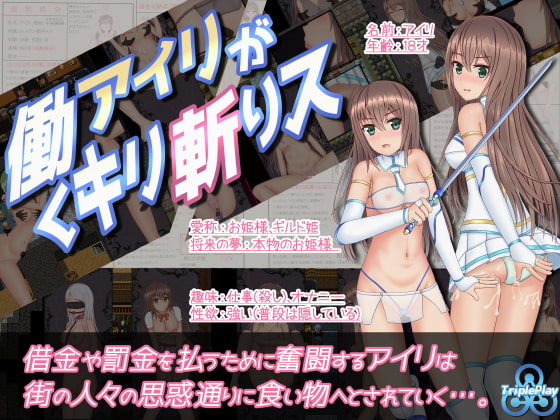 ■ Overview
Airi, the strongest swordsman of the guild, will no longer be able to shake the sword due to bad luck and scandals.
She lost her sword, and she had no choice but to earn a part-time job, which she was not used to, to pay off her debts and fines.、
The body and mind will also be used to the desire and intrigue wriggling in the red light district.

It is an RPG that is deceived by the malice of many people,loses to money,and is dyed in disgrace.
Through a number of H experiences alone and arrogant Airi endures shame, anger, loss to sexual desire, sadness、
It reopens, grows, and by branching, the spirit is eroded and fallen.


■ Synopsis
The Edel state, which introduced the My Card system, was expelled from the state due to poor law and poor security.
"The Wanderers"was coming out.
Some Wanderers were harming the general public and creating a negative spiral of further Wanderers.
Meanwhile, a swordsman of justice who continues to genocide evil Wanderers suddenly appears in Rusten Street, the nation's largest red light district.

Her name is Airi.
He is a narcissist who is more arrogant than anyone else and loves himself the most in the world.

However, after a certain incident, all the conspiracies start to move, and at the same time the situation surrounding her changes greatly
Ayli herself will also change greatly.


■System
In order to enjoy the H scene and scenario, this work is always displayed standing picture、
The production of the novel game flavor that took advantage of RPG elements has been enhanced by the change of the rich expression.

The following are the features of this work.

There is no combat.
- Airi performs combat acts in directing and events, but there is no battle as a game.
- Therefore elements such as Dungeon capture and Level Up are eliminated, you can easily see the H scene.

A divergent story.
- The ending of the story changes by the action of Airi.
- There are 9 END, you can enjoy the world view and character of this work more deeply by looking at each end.
The length after branching is not so long.

An overview of the H scene, etc.
- Total H scene:more than 90.Sub-window CG: 9 types.H there standing picture CG: 16 kinds.(Both include sub-characters.)
- Express movement and climax at the time of insertion in simple animation.
- Step-by-step H scene from humiliation to humiliation in the main.There are also many single-shot mini-events.

- Expected play time: about 10 hours ~ 15 hours(if you collect all end&all H scenes by yourself)

・Part-time job in embarrassing costumes,sexual harassment and mischief from customers.
- Be hypnotized and humiliated in the treatment of poor health.
・Be surrounded by a square with many people and encounter a group molester.
- It is caught by the military police and it is interrogated H.
- Embarrassing photos and videos are sold without permission,as seen with strange eyes from the townspeople.

- Save data in the trial version can not be carried over to the production version.

- Since this work is produced in RPG Maker MV、
It is necessary to have a certain specification to have a comfortable play.
If you are anxious, please check the operation of the trial version by all means before purchase.

- To cope with re-download at the time of version up and bug fix、
It is strongly recommended to purchase as a member. 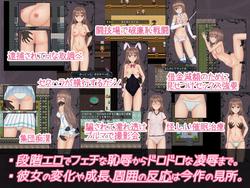 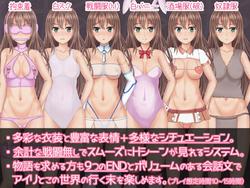 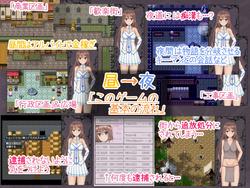 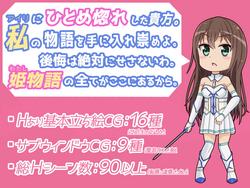 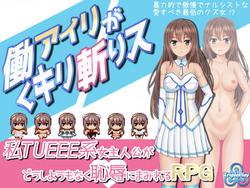