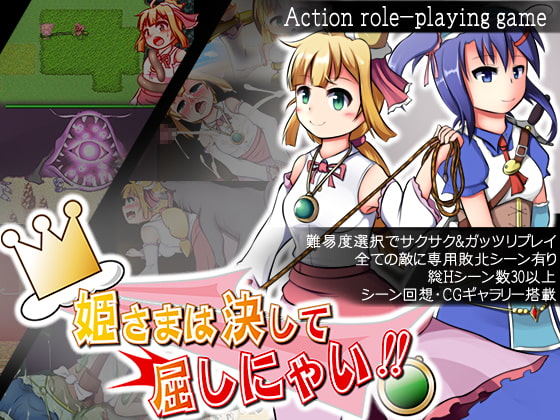 The princess and the maid have a small adventure in search of the legendary mechanaol grass that can save the mother who is lying in a hospital bed!
Action role-playing game that you can enjoy crispy&perfect!

Zako, boss all enemies have exclusive H scene when defeated
There is a scene of insulting the residents in the city
H scene all 31・basic CG30 sheets
The situation of defeat and insult is the main

You can play according to your choice with various options
- Difficulty selection
In addition to the basic normal, the character is the maximum level picnic from the beginning、
We have a hard mode that changes the placement and behavior patterns of enemies
・Gallery
This mode allows you to browse the H scene and CG that you saw once in the main part at any time
- Boss battle
It is a mode where you can fight the boss that appeared in the main story
You can play only one battle and boss rush to battle with all the bosses
Since the punishing time is recorded, Time Attack is also possible
- Sit tight.
It is the interaction element that can be acquired by various actions in the game

※ Due to the production time, some specifications are different between the trial version and the product version
==Changes in trial→full version==
- Fixed several bugs, such as hit judgment of one eye boss
- Reduced the processing drop that occurred during the use of skills and when switching between standing pictures during battle
- We have changed some of the production in the H scene
- Some CG in the H scene of the one-eyed boss was modified to be in line with the sentence

This product is produced by RPG Maker vxace
When you purchase, please be sure to check the operation in the trial version in advance, thank you

-- ver1. 1 changes--
- Changed to release the boss battle defeat scene in gallery mode at the time of Boss Defeat
- Other adjustments and fixes for boss battles
More details can be found in the update history in the game folder 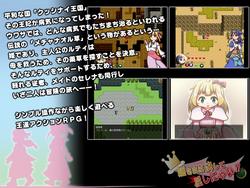 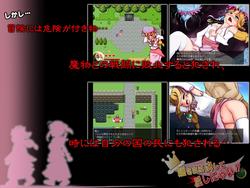 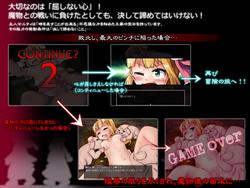 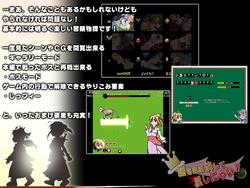